1) Probiotics In Our Body Outweigh Our Brain

In a healthy person, there are more than 100-300 Trillion probiotic bacteria and yeast, compared to only 10 trillion cells in our body. According to Mary Ellen Sanders, if the bacteria in our body were laid end to end, they would encircle the globe 2.5 times.

3) The Probiotics Market Is Huge

According to MARKETSandMARKETS, probiotics is a 16 billion dollar market. Moreover, as of 2008, there were more than 500 probiotic food and beverage products have been introduced in the last decade. And these numbers are only expected to grow as holistic health treatments become ever more pervasive.

4) Probiotics Live Throughout Our Entire Body (Not Just Our Stomach!) 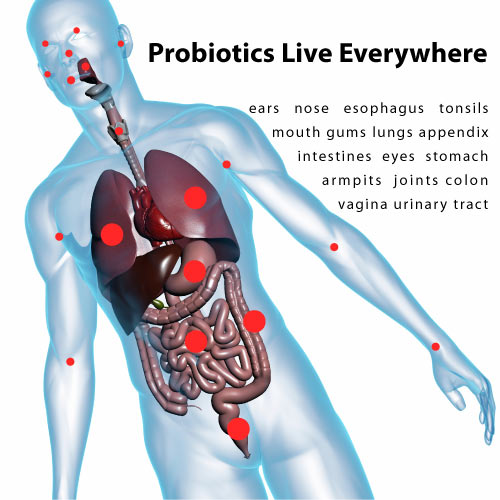 The largest number of probiotics live in the colon, but billions also live in the mouth, oral cavity, nasal cavity, the esophagus, around the gums, in the pockets of our pleural cavity (surrounding our lungs). They dwell within our stomach, our intestines, within the vagina, around the rectum. within joints, under the armpits, under the toenails, between the toes, urinary tract, inside our urinary tract and many other places!

5) The Appendix Is Not Useless – It Incubates Probiotics 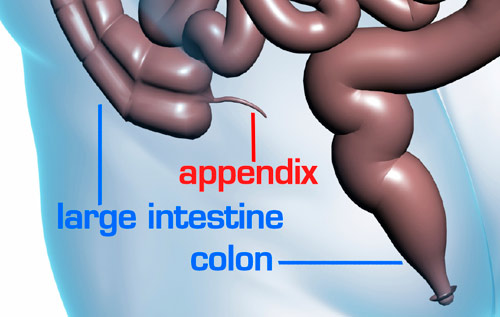 In the past, the appendix was largely thought to be useless. Appendicitis, a life-threatening condition, would call for removal of the appendix. In 2007, Randal et al. at Duke University conducted research into the vermiform appendix. The researchers observed that when the body was under attack by pathogens, the appendix would release probiotic bacteria that would perfectly counter the specific type of invaders. The appendix does this by releasing them into the cecum when the body is infected. 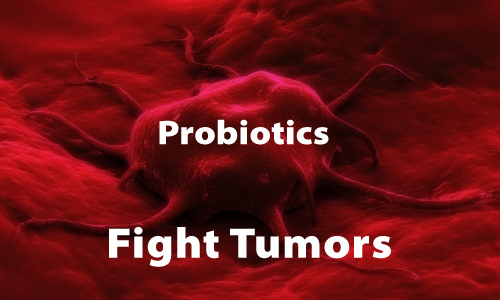 It may not surprise you to hear that probiotics can reduce constipation (Italy, Amenta et al. 2006). But what may surprise you, is that probiotics play a role in cancer. They have been shown stimulate production of anti-cancer chemicals (Hatakka et al. 2008). The probiotics, Lactobacillus casei, have also been shown in Tokyo to reduce the risk of bladder cancer, depending on frequency and dosage (Ohashi et al. 2002).

Numerous probiotics have been shown to fight viruses such as colds, the flu, rotavirus, herpes and ulcers. In New Delhi, 100 children ages 2-5 were given L. acidophilus for 6 months. These children have fewer incidences of colds, flu, diarrhea and fever than the placebo group (Saran et al. 2002).

7) There Are More Than 100 (known) Benefits To Taking Probiotics 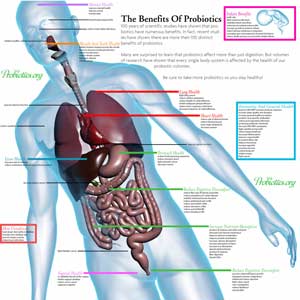 According to the book, Probiotics by Casey Adam Ph.D., there are more than 100 benefits to supplementing with probiotics. Hundreds of studies have shown different species of probiotics have different health benefits.

However, we must take these probiotics in their proper context. For example, almost every probiotic study requires the patient to take large, therapeutic doses, for at least two months. Often times, the studies conferred the benefits after an entire year of daily, large dose supplementation.

8) Probiotics Are Responsible For 70% Of Our Immune Response 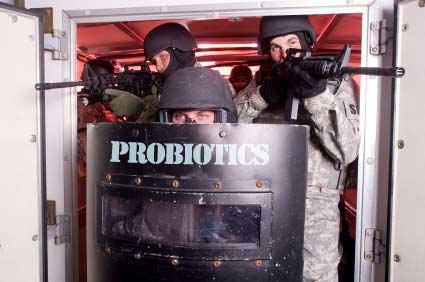 In the book Probiotics, Protection Against Infection, Casey Adamas writes:

“To protect against pathogens, [probiotics] will produce a number of natural antibiotics designed to reduce the populations of [pathogenic bacteria]…”

Moreover, these antibiotic substances are perfectly tuned to kill the invading pathogens. And if the pathogens become resistant to that chemical, then the probiotics will change strategies and produce a new, more effective antibiotic chemical.

Contrast this dynamic probiotic strategy to our static, oral antibiotics which must be phased out every few years (as pathogens evolve antibiotic resistance). While we may be able to continue to discover new antibiotic substances, nature will always win in the long term. The bacteria will always evolve resistance. This is illustrated by the fact that bacteria can even survive in nuclear waste! 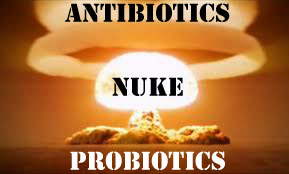 The moment our probiotics are gone, opportunistic parasites, fungi and pathogenic bacteria rush in to fill the ecological void. Moreover, this use of antibiotics will create drug resistant bacteria that can’t be defeated by antibiotics. 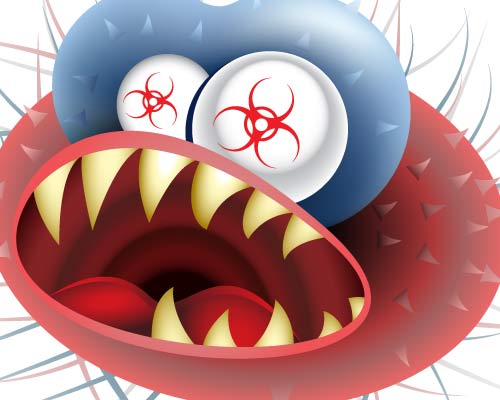 The use of antibiotics can create antibiotic resistant, super bugs. In fact, MRSA (multi-drug resistant Staphylococcus aureus) is immune to many different antibiotics…and in some cases they are immune to all antibiotics known to man.

12) Probiotics Will Be The 21st Century’s Antibiotics

The profound point Dr. Smirnov is making is that probiotics will be the antibiotics of the 21st century. This is because their effective medical implementation will revolutionize our perspectives on disease in the way antibiotics did before.

13) 400 Strains Of Probiotics Live In Our Bodies

According to numerous research studies, there are well over 400 probiotic strains resident in our bodies. Some of these probiotics are permanent residents, and others are transient. Interestingly, only 20 strains account for 75% of the mass of bacteria that live in our bodies.

Numerous scientists also argue that the combined DNA of our probiotic residents are more important to our survival than our own DNA.

14) Probiotics Are Bacteria And Fungi That Make Us Healthy

The World Health Organization probiotics definition is “live microorganisms which when administered in adequate amounts confer a health benefit on the host.” These probiotic organisms can be yeasts (fungi), good bacteria or even organisms commonly found in soil.

15) Probiotic Foods Have Been Healing For Millennia 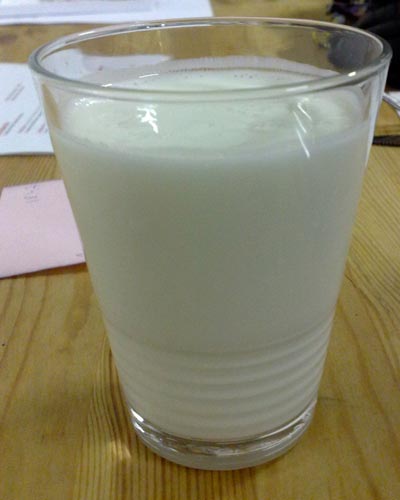 There are numerous traditional probiotic foods that are extremely tasty and healthful. These foods have been restoring health for millennias. 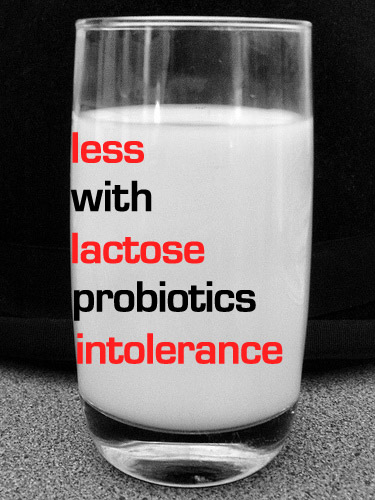 In a 1996 study, Jiang et al. studied milks containing B. Longum grown in a medium rich in lactose. He found that when lactose intolerant individuals consumed this special milk, they showed significantly fewer symptoms of lactose intolerance. They have been numerous studies that have shown probiotics to be helpful in decreasing lactose intolerance.

17) Are You Getting Your Vitamins? Better Get Your Probiotics. 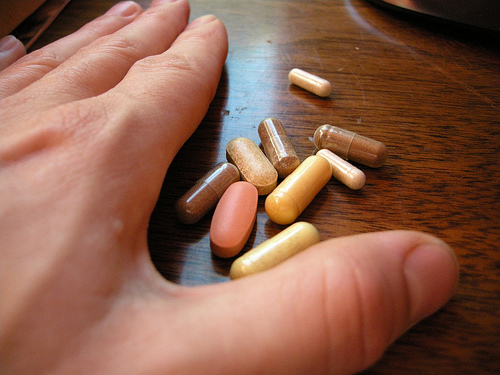 It has been proven that probiotics produce a huge number of vitamins, such as:

So perhaps the need for B-vitamin supplementation is really a call for proper probiotic colonization. I look forward to the day when probiotic companies and organic food companies put vitamin companies out of business.

Additionally, probiotics also increase the digestibility, bioavailability and processing of a large number of nutrients, including:

These lists are both by Casey Adams, Ph.D. in his book, “Probiotics – Protection Against Infection”.

19) Vaginal Birth Is Our First Dose of Probiotics 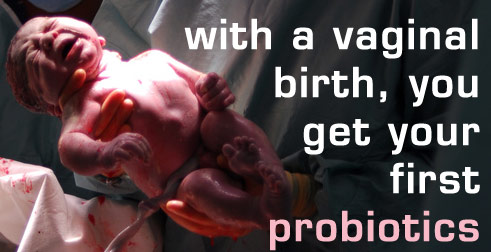 It’s no secret that a healthy, loving mother is key to a healthy child. And a healthy mother will have a vagina lined with probiotics to fend off invaders. What isn’t well known, is that when a baby experiences a vaginal birth, the baby gets it first dose of probiotics. In fact, 60% of vaginal births will give infants their first probiotic inoculation of Bifidus Infantis. However, only 1% of cesarean section births will give infants B. Infantis innoculation, according to “Probiotics” by Casey Adams.

After getting a dose of probiotics from vaginal birth, consumption of breast milk gives more probiotic inoculation. In fact, mother’s colostrum has up to 40% probiotic content.

20) Probiotics Are Good For Infants 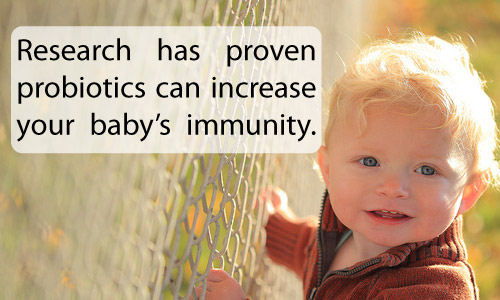 In a 2004 study, Saavedra et al. gave infants, average age 2.9 months, B. lactis or S. thermophilus for 210 days. The infants who were given the probiotics have a lower frequency of colic and needed fewer antibiotics compared to the control group.

In an Estonian study by Vendt et al. 2006, preterm infants L. rhamnosus GG until they were six months old. The infants given probiotics had grown more than the placebo group.

21) Probiotics Are Vital For Women’s Health 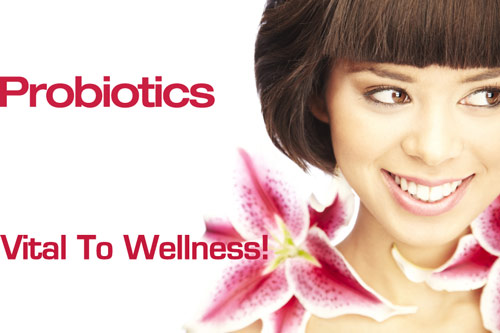 Both oral probiotics and douching supplementation can prevent and cure vaginitis and vaginosis. An interesting study on probiotics and vaginosis was conducted in a 2007 by the University of Milan (Drago et al).They found that after a 6 day daily douche of Lactobacillus acidophilus and Lactobacillus paracasei F19, 92.5% of women had their vaginosis cured. The fishy order was cured in all women. The pH levels of women were normalized to 4.5 in 34 out of 40 women.

Probiotics has also been shown to reduce mastisis.